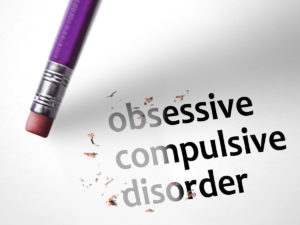 OCD, or Obsessive Compulsive Disorder, is a common disorder with a lifetime prevalence of 2-3% in the general population. It occurs in children, adolescents and adults, and both men and women are equally likely to get it. It is a chronic disorder characterized by obsessions and compulsions.

Obsessions are thoughts, images, or impulses that occur over and over again and are beyond one’s control. Moreover, these thoughts and images can be disturbing, repulsive, silly or senseless. In response to these obsessions, many sufferers develop compulsions, i.e. repetitive behaviors or thoughts that neutralize or make the obsessions go away. Compulsions cannot totally relieve the obsessions long-term and hence the repetitive nature of compulsions makes them time-consuming.
Also, OCD sufferers recognize that their thoughts and actions are irrational and excessive and become distressed by this realization.

What are some examples of OCD? The content of OCD is highly variable. Here are some of the more common examples. In sufferers with obsessive fear of contamination (by germs, dirt etc), they have compulsive cleaning. The cleaning may be in the form of excessively frequent hand washing, bathing or cleaning of items, sometimes employing copious use of soap and other cleaning agents and in fixed patterns of accomplishing the acts (known as “rituals”). 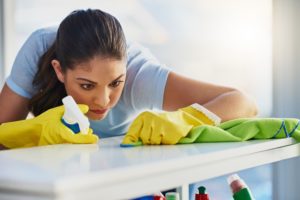 Why Is OCD Problematic For The Sufferer?

Because the OCD sufferer spends an excessive amount of time cleaning and checking, he or she may not have enough time for important daily tasks. There will be problems with being late for appointments and being unable to hand in assignments on time. The compulsions also affect other family members and friends and the relationship with others becomes strained. Some family members are even “recruited” into the cleaning and checking rituals. Many OCD sufferers and their loved ones are stressed and exhausted by these obsessions and compulsions. Some OCD symptoms can be bizarre in their content and sufferers fear that they might be going mad. Many also become depressed, are unable to sleep and some even entertain suicidal thoughts.

How Do I Know If I Need Assessment And Treatment?

If you have the above symptoms and they are causing distress and affecting your life, it is time to consult a doctor. Many people suffer needlessly from these symptoms, which is unfortunate because OCD can be treated. Sometimes OCD symptoms can be bizarre and may be confused with other mental disorders such as psychosis, and a detailed assessment by a psychiatrist can help to distinguish between them as it has an impact on treatment. Besides eliciting OCD symptoms, the doctor will check if you are depressed because many OCD sufferers are also suffering from depression. Physical investigations such as blood tests and brain scans may or may not be required. After the diagnosis is made, the psychiatrist decides on the treatment for you.

How Is OCD Treated?

Although these medicines are effective in improving OCD, they may cause side-effects in certain individuals. This is because many of the antidepressants are used in higher doses when treating OCD. These include nausea, loose stools, abdominal discomfort and headaches. These side-effects usually go away after a few days of taking the medicine.

Cognitive behaviorial therapy (CBT) is useful for treatment of OCD. It may be used alone (for mild cases of OCD) or in combination with medicines. The specific technique employed in treatment of OCD is exposure and response prevention (ERP). Here you will learn to gradually tolerate the anxiety associated with not performing the compulsive behaviour. For example, consider an individual with obsessive fear of contamination by germs and has compulsive handwashing: he or she is prevented from washing the hands after exposure to a contaminated surface such as touching a door knob. As the individual habituates to this exposure and anxiety drops, he or she can proceed to exposure to something more “contaminated”, again with response prevention.

For those with only mental obsessions without much physical compulsions, techniques such as thought-stopping are also useful.  In CBT, you are expected to do “homework”, i.e. practice the skills learnt at home, hence it is important for you to be highly motivated.

A charge of $30 apply for every additional 10 minutes with the doctor.

Thank you for choosing Nobel's Tele-Consultation service. At Nobel, we strive to provide you with a seamless and effective healthcare experience. Our Tele-consultation service is different than other providers as we can schedule a tele-consult with your preferred doctor through our Platform.

Please go through the below terms and conditions for our Tele-Consultation process including your rights and responsibilities of this platform. These Terms and conditions, together with our privacy policy constitute an agreement between you and Healthway Medical group.

What is Nobel’s tele-consultation service?

With this tele-consultation service, you may consult a doctor on non-urgent clinical matters without leaving your home.

Is tele-consultation platform suitable for everyone?

What do I need to proceed with this consult?

What medical conditions are suitable for tele-consultation?

What medical conditions are not suitable for tele-consultation?

What do I do if it’s urgent?

If you are experiencing a medical emergency, please call an ambulance at 995 or make your way to the nearest Accident & Emergency department immediately. If it is not an emergency, but you do not meet the requirement for telemedicine please call our clinics for an appointment.

How do I arrange for tele-consultation?

What are the charges for the delivery of Medication?

A standard delivery fee of $15-20 will be charged for medication delivery.

Please do note surcharges apply to the following area:

How do I get my medication after consultation?

Your medication will be delivered to your address via a courier.

Why is there a transaction amount of $1 at the time of booking?

At the time of registration, we charge an amount of $1 to authenticate your credit card. However, please note that this amount is immediately reversed once your request is submitted successfully.

How do I make payment?

Payment is made via your submitted credit card details at the time of registration.