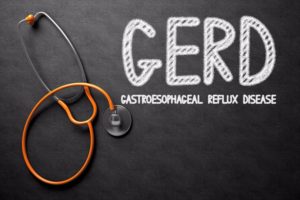 Acid reflux is a term used to describe the abnormal movement of acid from the stomach upwards and towards the mouth. When gastric acid moves upwards, it enters the gullet (esophagus), an organ that connects the throat to the stomach. This movement causes a feeling of hotness in the chest and is often described as squeezing or burning, hence the term heartburn. Sometimes it can be mistaken for a heart attack. In reality, heartburn is not related to the heart. It is purely an acid related issue.

Acid reflux occurs if we burp or lie down after a large meal. A muscular valve separates the esophagus (gullet) from the stomach. When this valve is relaxed or loose, gastric acid can flow back into the esophagus. Should this problem occur excessively, it will lead to esophageal damage and is then called gastroesophageal reflux disease or simply GERD.

The risk factors for GERD are:

The symptoms of GERD are triggered under the following circumstances:

Some people experience the symptoms of GERD only at night when they are lying flat. This is known as nocturnal GERD.

Common signs and symptoms of gastroesophageal reflux disease are:

How is gastroesophageal reflux disease evaluated?

A specialist (Gastroenterologist) consultation is required if there is no response to gastric medicines or if the symptoms are recurring. Individuals who have bleeding (vomiting blood), problems with swallowing, unintentional weight loss or a loss of appetite need to see a Gastroenterologist. These signs and symptoms are indicative of a more serious problem.

The evaluation of GERD requires a gastroscopy (OGD or oesophagogastroduodenoscopy). This procedure uses a flexible tube with a camera at its end to examine the esophagus and stomach. A gastroscopy is a quick and safe procedure. It allows your Gastroenterologist to check the esophagus for acid related damage and a hiatus hernia. It also checks for complications such as cancer and ulcers.

What are the complications of GERD?

Gastroesophageal reflux disease causes acidic damage to the lower portion of the esophagus. If this is untreated, ulcers may develop. It may lead to a narrowing in the esophagus due to scarring (stricture). When this happens, one experiences difficulty in swallowing food or pain during swallowing.

Diet and lifestyle changes are recommended in all patients who have GERD. This includes eating smaller and more frequent meals, rather than three large meals a day. A reduction in coffee and tea improves the symptoms of reflux. Fatty and oily foods should be avoided as well. In addition, one should avoid lying down soon after a meal or a drink. It is advisable to stay upright for 3 hours after a meal.

If nocturnal symptoms are prevalent, then one should avoid suppers and a heavy dinner. Sleeping with the head of the bed tilted upwards will minimise the chances of acid reflux. The tilt should include the upper body and not only the head. Finally, patients who are overweight should lose some weight.

There are three types of medicines for GERD:

Finally, surgery can be performed in patients who have severe symptoms or experience breathing difficulties due to the regurgitation of acid and food. This operation is a fundoplication. During a fundoplication surgery, the upper part of the stomach that is adjacent to the esophagus is tightened. In doing so, acid reflux is prevented. The aim of such an operation is cure GERD, so that medicines may be stopped. However, in almost 20% of all patients who undergo this operation, reflux symptoms will reoccur after several years and medicines will be needed again. 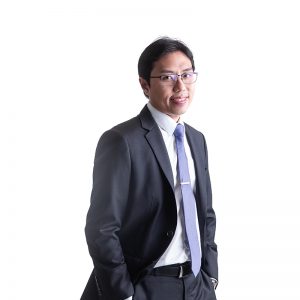